What is a Migraine?

A migraine is a headache that could cause severe throbbing pain or a pulsing sensation, usually on one side of the head. It is often followed by nausea, vomiting, and extreme sensitivity to light and sound. Migraine attacks could last for hours to days, and the pain can be so severe that it interferes with your daily activities.

For some people, a warning symptom called an aura occurs before or with the headache. An aura could include visual disturbances, like flashes of light or blind spots, or other disturbances, such as tingling on one side of the face or in an arm or leg and difficulty speaking.

Medications could help prevent some migraines and make them less painful. The correct medicines, combined with self-help remedies and lifestyle changes, may help. 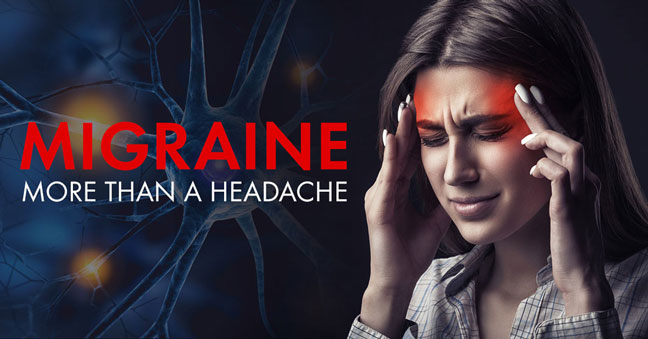 Migraines, which affect children and teenagers as well as adults, could progress through four stages: prodrome, aura, attack, and post-drome. Not everyone who has migraines goes through all the stages.

A day or two days before a migraine, you may notice subtle changes that warn of an upcoming migraine, including: 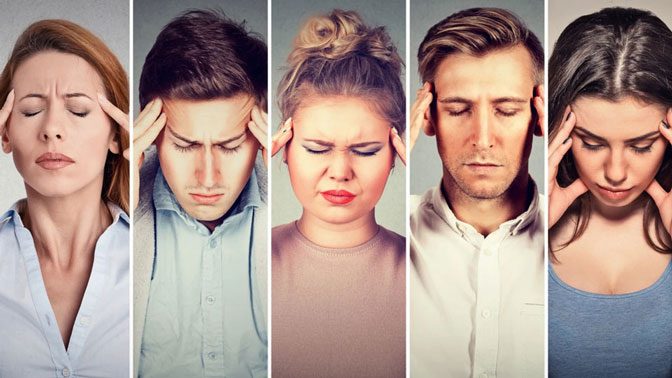 For some people, an aura may occur before or during migraines. Auras act as reversible symptoms of the nervous system. They are usually visual but could also include other disturbances. Each symptom usually begins slowly, builds up over several minutes, and can last up to sixty minutes.

Examples of migraine auras are: 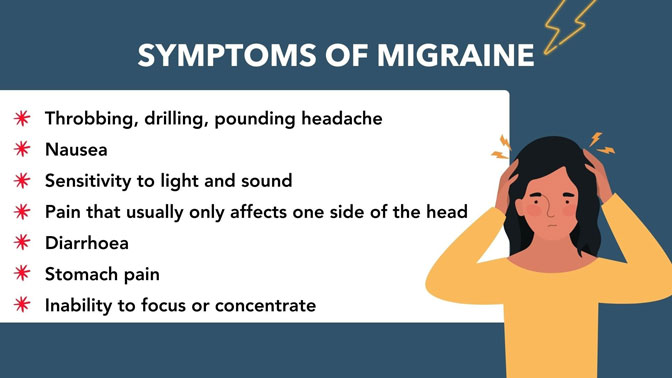 A migraine generally lasts for 4 to 72 hours if untreated. How often migraines occur differs from person to person. Migraines might happen rarely or strike several times a month.

During a migraine, you may have:

After a migraine attack, you may feel exhausted, confused, and washed out for up to a day. Some people report feeling thrilled. Sudden head movement may bring on the pain again briefly.

When should you see a doctor?

Migraines are usually undiagnosed and untreated. If you regularly experience signs and symptoms of migraine, keep a record of your attacks and how you treated them. Then schedule an appointment with your doctor to discuss your headaches.

Even if you have a history of headaches, consult your doctor if the pattern changes or your headaches suddenly feel different.


See your doctor immediately or go to the emergency room if you have any of the following signs and symptoms, which could indicate a more severe medical problem:

Though migraine causes are not completely understood, genetics and environmental factors appear to play a role.

Changes in the brainstem and its interactions with the trigeminal nerve, an important pain pathway, may be involved. So, may imbalances in brain chemicals — including serotonin, which helps regulate pain in your nervous system.

Researchers are investigating the role serotonin has in migraines. Other neurotransmitters play a part in the pain of migraine, including calcitonin gene-related peptide (CGRP). 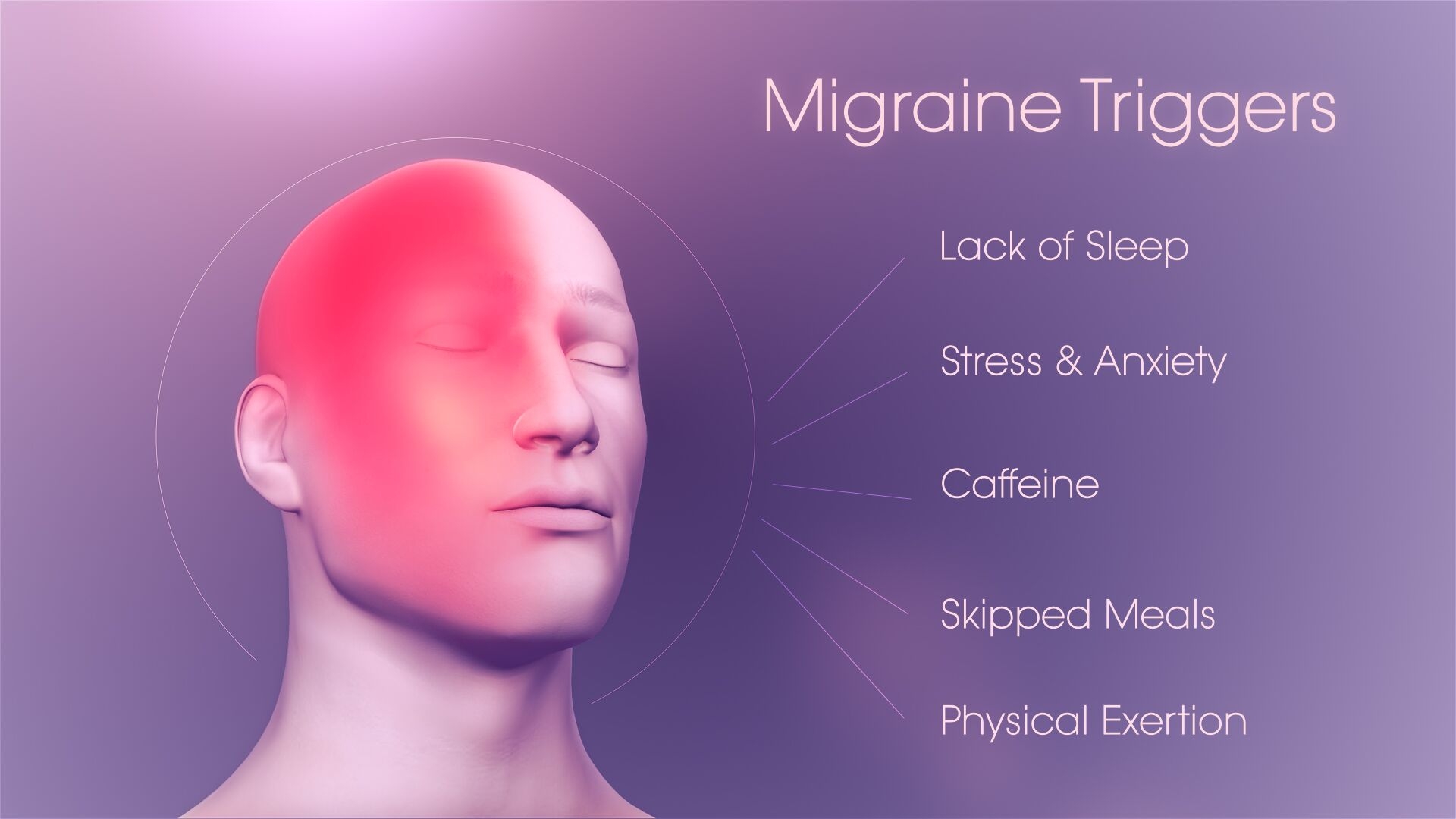 There are a few migraine triggers, including:

Various factors make you more prone to having migraines, including:

Taking painkillers too often can trigger severe medication-overuse headaches. The risk seems to be greatest with aspirin, acetaminophen, and caffeine combinations. Overuse headaches might also occur if you take aspirin or ibuprofen (Advil, Motrin IB, others) for more than fourteen days a month or triptans, sumatriptan (Imitrex, Tosymra), or rizatriptan (Maxalt, Maxalt-MLT) for more than 9 days a month.

Medication-overuse headaches happen when medications stop relieving pain and start to cause headaches. You then use more pain medication, which keeps the cycle going.

If you have migraines or a family history of migraines, a doctor trained in treating headaches will likely diagnose migraines based on your medical history, symptoms, and a physical and neurological exam.


If your condition is unusual, complex, or suddenly becomes severe, tests to rule out other causes for your pain may include:

Many medications have been aimed to treat migraines. Medications used to combat migraines fall into 2 broad categories:

Medications used to ease migraine pain work best when taken at the first sign of an oncoming migraine — as soon as signs and symptoms of a migraine begin. Medications that could be used to treat it include:

Medications could help prevent frequent migraines. Your doctor may recommend preventive medications if you have frequent, long-lasting, or severe headaches that do not respond well to treatment.

Preventive medication is aimed at reducing how often you get a migraine; how serious the attacks are and how long they last. Options are:


If you or anyone you know is suffering from migraine, our expert providers at Vegas Health will take care of your health and help you recover.